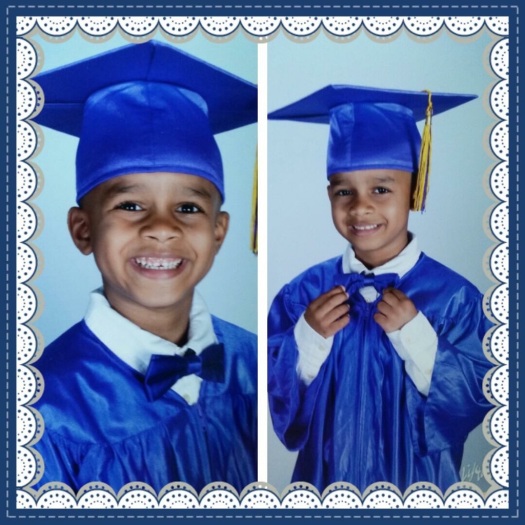 I can’t stop thinking about Kingston Frazier, the toothy six-year-old boy who was shot to death Thursday after his mom’s car was stolen from a grocery store parking lot in Jackson, Mississippi.

Admittedly, one of the reasons the story is hitting me so hard is that it strikes close to home. Kingston’s lifeless body was found uncomfortably close to my home in Madison County.

Kingston was supposed to be at his kindergarten graduation late last week, celebrating with his classmates and their families.

I can picture the event in my mind. Lots of smiles. Family members taking silly selfies after wiping away the bittersweet and not quite rational tears that so often come with such milestones.

Instead, there were different tears – the hysterical, gut-wrenching, sobbing, wailing tears of a mother who was so devastated at the loss of her son that she was unable to even walk when she heard the news.

I wonder, too, about Kingston’s classmates. I can imagine their questions, and I can picture his teacher trying so very hard to explain what happened in a way that was as soothing as possible.

But my imagination doesn’t stop there.

Immediately after the suspects were publically identified, I heard and saw the hot, raging anger directed at these young men. They were called animals. Excrement. Devils.

And yes, what happened in that car was beyond sickening. Evil. Vile. Just knowing that my children live on the same planet as these killers makes me sick.

But I can’t see those young men as subhuman, either.

As an educator, I see the faces of some of my former students when I look at the mugshots of the accused killers.

I picture, too, some of the young men I grew up with – ones who might have been known to sell drugs and burglarize cars and houses, but who also were at times the first to toss me a dollar for a soda or a snack when I didn’t have the cash, the ones that sometimes spoke up for me when someone from the other side of town bullied this awkward, dorky, southside nerd in the hallways.

As far as I know, none of these former classmates of mine committed a crime quite as heinous as the brutal slaying of Kingston. But they did some bad things. Scary things. Arguably evil things.

I imagine that these young men have been to the same libraries, the same shopping centers, the same fast food restaurants and parks that we regularly visit.

And so I wonder what could have happened differently. I am curious about the support that was available to these young men. I wonder how they got so horrifically hardened at such a young age. I wonder, especially, about one of the young men, who was apparently a very talented athlete.

I wonder, too, why it is that I was spared the experiences that could make a person so hard.

I say a prayer of relief that when my own boy, who is just five years shy of the age of the youngest of the accused, looked at me after hearing the news of what happened to Kingston and, with tears in his eyes, he took my hand and said, “Oh mom. It’s so upsetting. I could never do anything like that.”

I keep thinking that just over a decade ago, these young men were kids graduating from kindergarten themselves, making silly faces and flashing happy smiles as they crossed the threshold to kindergarten. I imagine there were cupcakes. And photographs. And families wiping away crazy, happy, bittersweet tears.

What was the tipping point – the event or the experience or the influence that tipped them from smiling kindergartners to the kinds of people who steal a junky banged up car and, when they discover a little boy sleeping in the back seat, mercilessly gun him down?

And as a community, what could we have done to counter that tipping point? Could a mentor at church have helped? A school counselor? A psychiatrist? A drug rehab facility?

I don’t know the answers to those questions.

And I know that we absolutely can’t let the horrific loss of Kingston get muddied in those questions.

How do we honor Kingston now?

Many are quick to say that what we owe Kingston is ensuring that his killers are brought to justice. I don’t disagree with the cry for justice. We can’t be a community or a society that allows such a heinous act to go unpunished.

And yet, I am hoping that we also are a community that will also try to do a better job of answering some of the questions about these three accused killers and how they got this way. I hope we will do a better job of identifying young men – and women – in crisis. I hope that we think about what we can do to reach young men in similar situations before they get so angry and hard, and arguably evil.

What can we do?

Research tells us that strong connections to healthy, caring adults is important. We also know that young people who have a sense that their positive actions will yield positive results are less likely to commit crimes and more likely to become healthy, productive citizens.

We know, too, that early intervention for drug and alcohol abuse can help. So can access to mental health services. I believe that a warm, caring, supportive school environment where students learn what they need to know to be productive adults also matters an awful lot.

None of this is easy. None of it is tidy. There are other issues here, too – issues of race and class and equity and segregation. We wonder if these young men’s family lives might be to blame for how cold-blooded they have become. And we wonder if we as a society can possibly do much of anything to counteract what may have happened in those first years of life.

But just as a decent society can’t allow the murder of a little boy on the brink of his kindergarten graduation to go unpunished, I don’t think we can afford to be a society that lets questions about how Kingston’s killers became the way they are go unanswered, either.

We might want to admit it, but for many of us, it will be tempting – and even easy – to forget Kingston Frazier. Most of us, if we don’t make a point of it, won’t have natural opportunities to meet face-to-face with our highest risk students.

Many of us don’t see tweens and teens at all.

We will be distracted by our own business and get busy – with homework and doctor’s visits and making dinner (always with the making of dinner!) and paying bills.

I hope we won’t let that happen. I hope we will take the harder path. And I hope that one day, we can look back and say that in Kingston’s death, at least our community found a new way to live.

2 Replies to “How do we honor Kingston Frazier?”