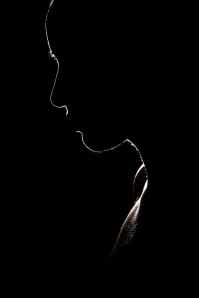 “Check on your strong friends, they are not OK.”

I have seen this reminder a lot lately, including from my (very strong and awesome) friend and Atlanta area educational entrepreneur, Ty Lewis.

The reminder has always made sense to me on some level. As someone who fancies myself strong, I know that I can sometimes feel a smidge overlooked when people start offering up support. People think I am OK because I work so very hard to make that true.

This has been a really, really tough season for a few people around me. People are dealing with everything from illness/death of loved ones to ailing parents to teenagers who have somehow gone off the rails, despite the very best parenting efforts.

And while I have tried to be intentional about reaching out, I also don’t want them to feel that I am hovering or over-supporting, somehow. “Maybe,” I think, “they really are ok? And maybe they already have more support than they can handle.”

So, I’ve offered some very basic support in the way of check-ins, a few dinners here and there, and phone calls.

These friends, as a group, are absolute rock stars in their day-to-day lives. They are fiercely independent, calm under pressure and more likely to be found supporting others than needing help themselves.

And so, when these friends have posted photos on social media of themselves seemingly carrying on with normal activities – and even exceling – in the face of hardship, I have stopped checking in quite as much.

“Wow,” I’ve thought to myself, scrolling through photos of them leading with heart and love and grace. “I know they are in a hard season, but they don’t seem to need much from me at all.”

Deciding to send kudos to one of my friends after an especially strong post, I reached out.

“Wow! You are amazing,” I told her. “You’ve gone through so much, but here you are rocking it and leading others.”

But the messages that came back let me know I’d been misleading myself: my friend was not, indeed, OK. She was in a very dark place, wondering to some extent how she was going to make it through the day.

Several friends, actually, have referenced a darkness lately, despite their track records of being quite strong. Maybe it’s middle age. Maybe it’s LIFE.

It brought me back to the admonition my friend Ty shares so often.

Check on your strong friends. They are not OK – and often, their portrayal that they are OK on social media is part of their baseline strength – an opportunity to rally themselves and to try to look to the positive, even in achingly difficult situations. But attempting to be positive doesn’t mean you are positive. And sometimes, we all need a little help getting past the darkness.

I know better. I need to do better – a lot better.

Monique is a mom, wife, daughter, friend, educator and journalist. She has a doctorate in educational leadership, but don't let that convince you she has life figured out. This blog is designed to be a place to explore big ideas, tough questions, and the everyday moments of life that make us laugh, scream, cry and celebrate.
%d bloggers like this: