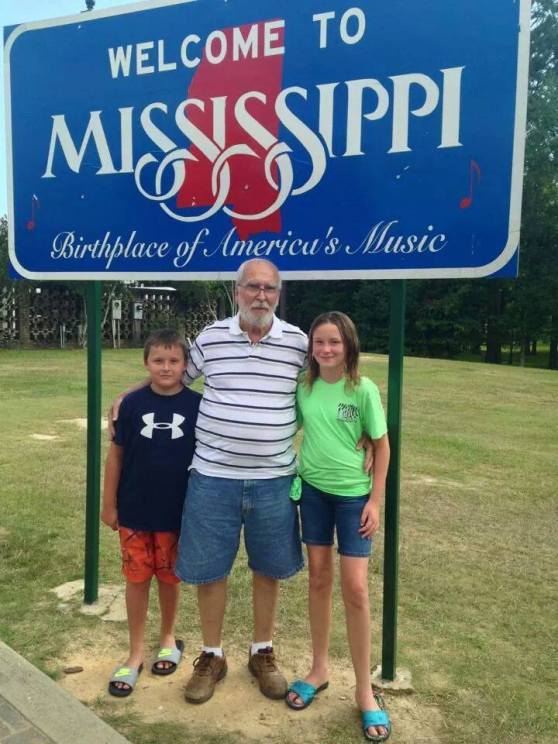 “I think that you are ruining my life,” my normally collected, empathetic daughter said, as she looked at me evenly three years ago this week. “We like it here and this is where we should stay.”

This uncharacteristic reaction came on a Saturday morning, when we told her that the family was moving from the Houston suburbs back to my home state of Mississippi once school was out.

The move was one my husband and I had been strategizing for years, in part because we knew that we needed to be closer to my aging parents and partly because we knew the move would be good for our lifestyle, respective careers and bottom line.

Even though we viewed the move as a positive change, my husband and I got precious little sleep during the days leading up to the move. We had so many questions about how our children – who were 11 and 12 at the time – would transition.

We felt tremendous guilt, too, because we were taking them away from a caring support network there in Texas, where I had been incredibly fortunate to teach at their neighborhood elementary school.

Happily, by the time we left for Mississippi in June, the kids had given us more buy-in. They liked the house we had purchased and they were increasingly excited about some of the things our new school community had to offer. The time we would save by not sitting in traffic also seemed like a precious gift.

Still, there were tough, heart-wrenching moments and more than a few tears were shed as we prepared for the move.

Now, three years after that initial family announcement, here are some of the things that we believe this big event taught us.

1) People are happy to help you – let them. Through the wonders of the Internet and social media, we were able to connect with people from the kids’ schools and sports teams before we ever crossed the state line. We asked questions about neighborhoods and schools, sports teams and test scores and commuting patterns. Some of the people we talked to have remained in our lives, and others didn’t. But we still appreciate each of those people like crazy for the ways they helped to support us during a stressful time.

2) Family closeness matters more than ever in a move. People often tell me that our two kids are unusually close. Some of this is by design, since I am a recovering only child who still absolutely despises coming from a tiny, disjointed little family. During those early months after the move, we took extra comfort in reminiscing over the past, while also looking to the future we were building together. My kids have always been each other’s favorite pals, but their connection was stronger and more important than ever during the transition. Because we knew the family needed to stick extra close, we also budgeted in some extra time to be together during that first year – a luxury that I know everyone doesn’t have, but one I would encourage anyone who can to consider.

3) Give yourself and your kids time to adjust to their new environment before they return to their old one. Our kids texted and talked with their friends back home often and this definitely seemed to help them during the transition – and continues to help them feel secure and healthy today. Still, we passed on some of those early invitations to head back to Texas for long weekends and holidays. While it might not be true for everyone, we knew that our kids needed to fully embrace their new home before they returned for a visit. Emotionally living in both lands wouldn’t have worked for them – it might not work for your family, either.

4) Be aware of the tendency to idealize your former location on difficult days. Our family spent about three months preparing for the move. This was actually an excruciatingly long time, and we honestly grew weary of saying goodbye to people and even places that we loved repeatedly. The up side of this, though, is we were able to also spend some time beginning to make note of the negatives where we were living. I often told them: “When you move, your brain is going to try to trick you into believing that this place is perfect. But no place is perfect. When your new home isn’t quite what you want on a particular day, remember how annoying (insert specific circumstance) was, too.”

5) Remember that kids are more resilient than we might expect. When my daughter accused us of ruining her life, part of me knew she was being dramatic. But another part of me was terrified that she was right. Still, despite a few inevitable middle school ups and downs, she was actually the first of our two children to agree that the move had been a good one. Today, if she had to decide whether to return to Texas or stay here, she says she would choose to remain. Our son says the same thing, most days.

6) Don’t associate every post-move challenge with the move itself. We had some rough patches that first year – some mean girl madness, some power struggles and a few squirrely behaviors surfaced. It was tempting, during those moments, to assume that if we hadn’t moved these things wouldn’t have happened. But when we looked at situations critically, we recognized that most of the challenges of that first year were the result of normal life and child development – not the move itself.

7) Accept that the life you are envisioning in your new place won’t quite look like you imagine. There were perceived benefits to our move that never quite panned out – certain relationships and connections didn’t go the way we expected. Some of the places we expected to enjoy turned out not to be our favorites. But other wonderful, surprising benefits surfaced as we kept open minds. Life doesn’t stay the same when you are living in one place. Certainly in a move expectations will need to shift, too.

Moves are admittedly hard – and they are far trickier when you have children in junior high or high school. If you are preparing for a move yourself, expect some sleepless nights and difficult days.

But also know that if you let fear and “what ifs” hold you back, you risk missing out on amazing adventures.

2 Replies to ““I think that you are ruining my life.” Lessons We’ve Learned Moving with Kids”