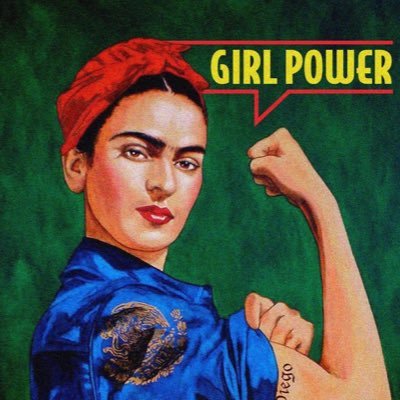 My 13-year-old daughter grinned from ear to ear as she waved the white tank top with the black writing scrawled across the front.

“This shirt is everything!” she said loudly. “I have to have it. Can I have it, Mom?”

I immediately agreed that the shirt was an amazing one. I was excited that my junior high girl was so excited about a shirt that addressed equality – a social justice issue – instead of one that celebrated the virtues of shopping or selfies.

Settled on this $22 purchase, we looked around the store a bit longer, trying on beaded bracelets and examining long, fringed necklaces that we sometimes buy but never quite seem to wear.

Then, it was time to head to the register, feminist tank top in hand.

And I flinched, as I thought about the place that we live – a place that I love dearly and a place that I fought hard to return to after 16 years away. I remembered the anger that many people aimed at the woman who came so close to becoming our first female president. (Just the week before, we had seen a bumper-sticker arguing that the b-#$? should be locked up.)

I recalled the spirited – and sometimes grueling – political battles my son has engaged in at school in the past year, as he’s made the not-so-radical case that derogatory statements about women matter. That sexual assault can’t be ignored. That women do, indeed, have the knowledge and the ability and yes, the right, to chase any and all dreams, including being president.

I couldn’t take another step in the direction of the register.

My girl immediately sensed what I was thinking without me even saying it.

“This shirt – this shirt could get me killed, couldn’t it?” she asked quietly and steadily (this is her way).

“Killed seems extreme,” I said, taking a deep breath. “But yeah. We need to talk about this. We need to think.”

We talked then about where she would wear the shirt and where she wouldn’t. School was out of the question (no tank tops allowed, anyway). Our progressive church was definitely a possibility. The gym was a decent option, partly because my husband or I are usually there with her and could help her navigate any crude comments or threatening body language.

But then, what about stops made after to the grocery store? Walmart? Would we have to be right with her any time she wore the shirt? What about the times when she was away from the protection of her parents and her brother? Did we want to have to engage in such heightened vigilance – all for a shirt that declares fearlessness?

“The word fearless – it seems like it’s too much of a challenge,” my freckled girl said. “I’m afraid that someone might try to really scare me – maybe make me think they were going to attack me or something. They might try to prove I’m not fearless. And maybe I’m not ready for that. Not yet.”

We left the tank top in a crumpled heap in the store.

And as we walked out, we both blinked back tears.

We are feminists – at least if by feminist we mean the radical notion that women are people with the same abilities and intellect and rights as men. But in these times that we live – when politics is so divisive and there seems to be a backlash against messages of equity and equality – we aren’t quite fearless. We are aware – aware of both the good and the bad that exists among us.

A healthy dose of fear might be what it takes to keep my girl (and her brother) safe, even as they continue to learn to respectfully challenge inequity and inequality when they see it.

Maybe having fear is about being savvy and about being smart during times when both are (unfortunately) still needed.

Maybe, too, we are still works in progress.

One day soon, we will both wear those shirts and we will wear them with pride. In part we will do this because we will live in a world more ready for the message, and in part because my girl will be even more experienced and equipped in how to stand up for herself and her ideas.

Until then, we will be feminists, yes. But feminists who recognize we need to keep ourselves safe to continue the work that so needs to be done.

2 Replies to “We Aren’t Fearless Feminists – Yet …”